Follow all the action as it happens from the Cheltenham Festival:

Ashkazar was chasing a £75,000 bonus after landing the Imperial Cup last

However, Timmy Murphy counted without the late finishing burst of 14-1 shot

Crack Away Jack, who had worked his way through the field after a tardy start.

way to the line to present his trainer with a first Festival win.

Nina Carberry showed the boys how to do it as she coasted home on Garde Champetre to give Ireland the 1-2-3-4 in the Cross Country Chase.

Tom Scudamore made up for the disappointment of finishing runner-up on Osana in the Champion hurdle when producing a superb ride on the David Pipe-trained An Accordion to hold off L’ami and the fast-finishing New Alco in the William Hill Trophy Handicap.

Katchit, trained by Alan King and ridden by Robert Thornton, won the Smurfit

Kappa Champion Hurdle, the feature race on the opening day of the 2008 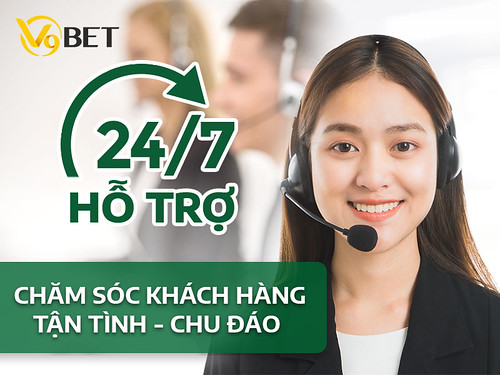 After the heavy downpour, the going has changed to Good to Soft. On the Cross Country Course it is Good to Soft (Soft in places).

There are four non-runners at Cheltenham this afternoon. They are:

The early sunshine has made way for heavy rain. At 12.45pm clouds rolled across Clevve Hill and there has been a downpour which has not relented.

Cleeve Hill is currently swathed in cloud. If the going eases, it could cause problems for several runners, notably HARCHIBALD in the Champion Hurdle and TIDAL BAY, who prefer better ground.

PIGEON ISLAND, a market drifter early on, has now come in for good support with VCbet and is now 10/1 from 12/1 for the opening Supreme Novices’ Hurdle.

Pigeon Island is the Mail’s top tipster Sam Turner’s tip for the race.

VCbet spokesman Neal Wilkins said: “The liabilities were building up to the point where they had little choice (but to cut the price).

“We have stood the horse all morning, and we have it in for a very substantial six-figure loser.

We have had to take evasive action.”

The firm also report that they have also cut TIDAL BAY in the Arkle in to 6/1 from 7/1 after laying some substantial wagers in the last hour.

Racing Editor Marcus Townend has walked the course at Chelteham this morning, which is news in itself, because we didn’t know he could walk that far without keeling over!

Alongside him was TOM SCUDAMORE, who rides the fancied OSANA in the Champion Hurdle. Scudamore reported that the ground was almsot “perfect”, and Good to Soft, as advertised.

Scroll down to read more:

Andrew McNamara, who rides Champion Hurdle favourite SIZING EUROPE, walked the course and felt that the going description was correct, but felt that it would ride “dead”. He also added that he felt there were “definitely soft patches around the third last flight.”

Apart from very light drizzle for a few minutes at around 10.30am this morning, Cheltenham has experienced a dry night. Thete has been no significant rain since 2.30pm on Monday.

William Hill have reported there have been sustained support for RIPPLING RING, who is now 8/1 (from 10/1) for the opening Allied Irish Bank Supreme Novices’ Hurdle (2.00pm).

The Leeds-based firm are also shoring up NOLAND, who is 2/1 from 9/4 for the Irish Independent Arkle. They have also clipped Irish challenger CLOPF from 9/1 from 10s.

Hills repotrt a move for the JP McManus-owned L’AMI in the William Hill Trophy Handicap (4.00pm). The nine-year-old is 8/1 from 10s.

In the BGC Handicap Chase (Cross Country), HEADS ON THE GROUND has been very well supported with Hilsl this morning and is now a 9/2 shot from 6/1.

MON MOME has come in two points from 14/1 to 12/1 with Ladbrokes and Paddy Power in the same race, while Sporting Odds have made the same price cut on FUNDAMENTALIST.

Irish challenger PATSY HALL has been havily backed, with bet365 and VCbet, who both go 6/1 from 8/1.

The Mouse Morris-trained THE GLOVES ARE OFF has also been punted. VCbet are 33/1 from 66/1, while TRANQIL SEA has also been nibbled at in the same extened 2m race, clipped from 33/1 to 20/1.

The feature race on the first day is the Smurfit Kappa Champion Hurdle Challenge Trophy and there has been support today for OSANA, clipped from 9/2 to 4/1. Favourite SIZING EUROPE was on the drift at 10.30am this morning, out to 5/2 from 9/4.

Last year’s winner SUBLIMITY is also on the walk, out to 6/1 from 5/1 with VCbet.

The finale, the Fred Winter Juvenile Novices’ Handicap Hurdle, has seen the David Pipe-trained ASHKAZAR well supported this morning. After bolting up at Sandown on Saturday, Timmy Murphy’s mount, who carries a 3lb penalty today, is now 9/4 from 5/2.

Liam Byrne trains THOUSAND STARS and he has been a big faviourite with Irish punters for the extended 2m heat. He is now 28/1 (from 50/1), while RIVER LIANE, another Irish raider, is 7/2 second favourite from 4/1.